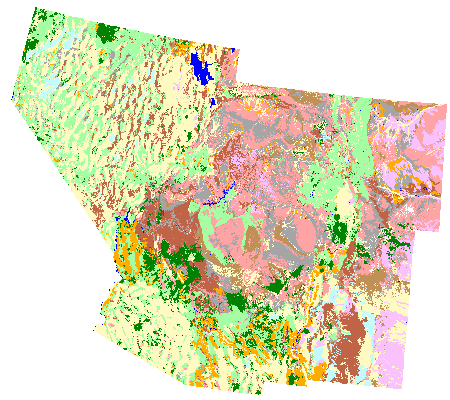 This is a seamless 1:500,000 scale GIS dataset of surficial geologic formations for the states of Arizona, Colorado, Nevada, New Mexico and Utah. The dataset was compiled and edge-matched from existing digital versions of the 1:500,000 scale state geologic maps (Green, 1992; Ramsey, 1996; Turner and Bawiec, 1996; Green and Jones, 1997; Hirschberg and Pitts, 2000). Similar geologic units were correlated only along state boundaries to facilitate edge matching. Correlation and merging of units along state boundaries was based on similar age and characteristics of units. Landsat TM images were visually interpreted to facilitate mapping and edge matching along state boundaries, when necessary. Whenever it was possible existing state specific geologic detail was maintained.